A little Christmas joy for our most vulnerable families 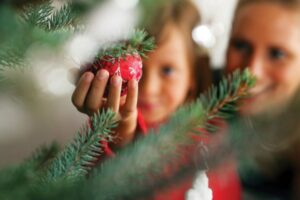 Thanks to the generosity of our supporters, over 100 Iosis families received Christmas Boxes during one of the most difficult Christmas seasons for Auckland families.

A recent survey1 commissioned by The Salvation Army showed that nearly one in four Kiwi families can’t afford to celebrate Christmas. Nearly 45 per cent of respondents say that it’s a time of financial struggle and ten per cent said they went without so their children could celebrate Christmas. Not surprisingly, more than half of all households say that money is their biggest stress of worry.

“When we see results like this, we fear for our most vulnerable families,” says Iosis CEO, Tunumafono Tracey-Leigh Peters. These families are already stressed and struggling and Christmas adds another layer of stress on top of that. Our Christmas Boxes really do make a difference – with food on the table and gifts to give their children.”

Lili Lemalu, the manager of LIFE Community who run the Christmas Box project, which light up lives at Christmas time. ‘Christmas Box’ is a simple idea that makes an enormous impact to families who have said that they were cancelling Christmas until they got the food box,” she says. “Imagine a food box having that much of an impact on whether families celebrate Christmas or not.” Christmas Box covers the basics for Christmas (a selection of non-perishable food items for breakfast, lunch and dinner). This empowers the parents or caregivers to buy gifts for their children and be seen within the family to be the gift givers.”

One of the families who received a Christmas Box this Christmas included a young single mother with seven children: she’s living in emergency housing to protect her children from their abusive and controlling father and provide a safe environment for them. Another went to a father with five children who took in three nephews as well as raising his own children. And another went to the parents of an 18 year-old with cerebral palsy. Both parents were working until recently when the mum fell ill and became partially paralysed. With the loss of one income and two people requiring care in the household, they’ve been struggling.

“The Christmas Boxes gave these families – and many more – a little bit of joy at Christmas,” says Tracey. “Thank you to our many wonderful supporters who made it possible.” 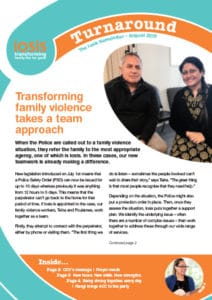